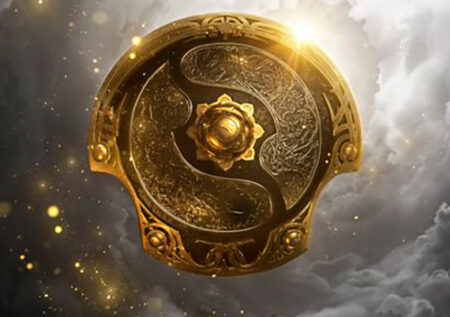 The International 2021, the anniversary world championship in Dota 2, ended on October 17th. For the first time in 10 years, the CIS squad Team Spirit won the victory, taking away $18.2 million. Until the beginning of the tournament, few people believed in the team and even put them in the last places, preferring to talk about Virtus. pro. However, the guys showed that team spirit, solidarity, and focus on results are the most important thing for winning The International.

The origin of Team Spirit: there was not a single player from the first roster

Team Spirit was created in 2015. For six years, the team managed to play such stars of the Dota scene as XBOCT, Goblak, Iceberg, RAMZES666, and many others.

However, the team never had major victories: over the entire existence of the organization, the team’s biggest winnings were $60,000 for the fourth place at Galaxy Battles II: Emerging Worlds in 2017. That sum of money sounds pretty good, but for the professional Dota 2 scene, it is like a grain of sand against the background of large tournaments from Valve, where prize money is in the millions.

The next update of the Team Spirit roster took place in August 2020. Then a team called Yellow Submarine gathered – it consisted of young pub players and an experienced captain:

The team immediately stood out for their strong execution and excellent drafts. And in December this squad was signed by Team Spirit. It turned out that the Yellow Submarine project from the very beginning was conceived by the organization to test the young players. And so that there was no unnecessary pressure on the team, it was decided to call it differently, so that the new name would not be in any way connected with “Spirits”.

During the announcement of the players, CEO of Team Spirit Nikita Chukalin said that he was ready for surprises, while he was confident in the roster.

During the first DPC season, the team also had its first problems: Magomed Collapse Khalilov had a conflict with Vitaly so bad Oshmankevich. As a result, it was decided to transfer so bad to the reserve and invite Miroslav Mira Kolpakov to the squad. He was a good friend of the main four players.

DPC Season 2 and The International 10 Qualifiers

Even though the roster played together for only about four months, the team managed to qualify for the group stage of WePlay AniMajor 2021. In this tournament, the Dragons fought EG, LGD, Nigma, Vici Gaming, and others, and performed quite well. Team Spirit won five maps in the group and had to play a replay with Team Liquid for reaching the playoffs of the tournament. The Team Spirit, losing at the beginning of the match, managed to find enough strength to push themselves up and beat the European squad with a score of 1:0.

In the playoffs, the team got Alliance – obvious underdog for Spirit, and it turned out to be so. In a bitter struggle, “Spirits” managed to beat the Swedes and go further along with the tournament bracket. The next match with Vici Gaming did not go well from the very beginning. Unsuccessful drafts, annoying mistakes, and the Dragons lost to the Chinese grandee with a score of 0:2. The result is the top 8 WePlay AniMajor 2021. A very good result for a young team, but it was necessary to move on.

Despite a decent performance at AniMajor, the team lacked just over 200 DPC points to qualify for The International 10. One more victory at the last tournament would have been enough.

Even though the team was the main favorite of the qualifications, it cannot be said that the team got to The International easily. All matches up to the final, “Spirits” in a very confident manner closed with a score of 2:0, having given only one map to HellRaisers in the semifinals. But the final with Team Empire came and it was the most important test of Team Spirit ever.

The series with “Empire” did not work out right away. Strange drafts, mistakes go to that the Empire outplayed on all fronts. The score is 1:2, and Spirit is one step away from relegation. The team rallied and turned the streak over to their side with a score of 3:2. “Dragons” went to The International 10 for the first time in the history of the organization.

The forecasts for the most important Dota 2 tournament were disappointing. In terms of the CIS region, Virtus. pro looked much more significant, as it calmly prepared for the tournament for four months in a row. And against the background of such giants as Secret, PSG.LGD and Evil Geniuses, even 7-8 places looked quite advantageous.

In an interview, Yaroslav Miposhka Naydenov spoke about the desire to take the top-1, but sensibly assessed the team’s chances.

The situation was aggravated by the team’s falling into the death group: the strongest teams at the end of the DPC season ended up in Group B.

The first day was just awful for Team Spirit: after two matches, the team lost 0:2 to both PSG.LGD and Secret.

In a post-match interview, team captain Yaroslav Miposhka Naydenov confirmed that the day was not easy, but asked fans not to dismiss the team.

The team again started the second game day with a defeat and this time from Vici Gaming. However, the next match with Elephant ended with the first victory in the tournament with a score of 2:0. After that, the team took turns defeating Quincy Crew, Fnatic, Beastcoast, and SG e-sports and were able to break into the upper bracket of the tournament.

Team Spirit opened the playoffs of the tournament with a match with IG. On the first map, the squad was able to realize the double damage rune, winning the fight and unexpectedly breaking the throne. However, despite the excellent form gained in the group stage, the Dragons could not win in the series and fell into the lower bracket, losing 1:2.

The first test of elimination was the Fnatic team, which Team Spirit beat very confidently a couple of days ago. There were no surprises – the same victory 2:0.

The next meeting of “Dragons” took place with the two-time winner of The International in a row – OG. Analysts were betting on the victory of the OG, even despite the changed roster. And the first map confirmed their words – the “Spirits” were losing it, but a few mistakes from OG and the excellent Collapse game on Magnus completely turned the game upside down.

Team Spirit took the first map. The second game was completely dictated by the Russian-Ukrainian team. From the first minutes, the Russian team did not allow the star team “GG” to seize the initiative. The result is 2 0. Then Virtus. pro was waiting for the TeamSpirit.

According to the players, the meeting with the Virtus. pro was the most difficult series in the tournament. Having exchanged two easy maps from each other, the teams met in the third decisive one and played it for over an hour. The advantage passed from hand to hand, but Spirit turned out to be stronger. After the victory over VP, “Spirits” were already at least in the top-4, but the team was not going to stop.

Compared to the last match, the meeting with Invictus Gaming was very easy for Team Spirit. Destruction on the first map and a neat set of advantages on the second brought another victory for the TS with a score of 2:0.

After the match, Daniil Dendi Ishutin boldly predicted a possible victory for Team Spirit, provided that the game remained in shape for the rest of the day.

Final Day of The International 10

After the last days of the tournament, none of the analysts undertook to predict the winner. On the one hand, there were real robots from LGD in the final, who lost only one map during the playoffs. On the other hand, Team Secret, which will play 100% after hitting the lower bracket. On the third, Team Spirit, which is so confident on the grid that it may well win the entire tournament.

The meeting with Secret turned out to be quite tense for the Spirits. The team of Clement Puppey Ivanov very confidently transferred the first map in their favor. In the second draft, Secret ended up with the strongest combination Tiny + Lycan. Analysts predicted the victory of the European team, but the Dragons did not agree. Confident play, another Rampage for Yatoro, and reaching the grand final of the tournament.

Before the grand finale of the International 10, Team Spirit captain Yaroslav Miposhka Naydenov spoke about a sensational reaching the final.

If anyone could stop PSG.LGD, it was Team Spirit. In the first two maps, “Dragons” were much stronger than the Chinese grandee, and there was only one map left to win. However, LGD braced up and delivered two strong wins, leveling the score in the match. 2: 2, and we are going to the final map.

Team Spirit again met with a combination of Tiny + Lycan, but this did not frighten guys at all, and the team had already defeated this tandem. A confident play of “Spirits” with excellent performance in fights and finest mentality led the team to the first victory in the biggest e-sport tournament. Team Spirit took with them a record $18.2 million and went home as a winner. While raising Aegis over their heads, the guys do not fully believe in what is happening – for them it was just another match in Dota.

Life is a Game