The International is the main Dota 2 tournament. The annual competition is considered to be a kind of world championship in this discipline. The publisher of the game is responsible for the organization. The first time Valve held the tournament was in 2011.

The first tournament was attended by 16 teams. The organizers kept this practice for the following years. The only exception was 2017. At that time, 18 esports clubs fought in TI. 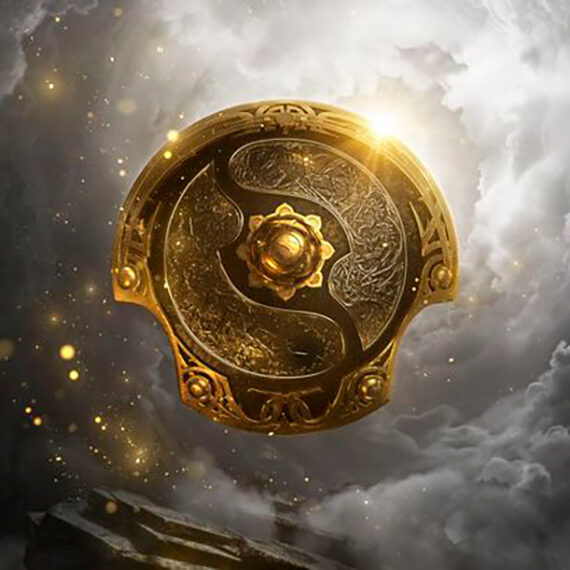 The International 2021
How it was
Read Review

What is the invitational Dota2?

Initially, Valve handed out invitations to top teams to participate in competitions. However, this practice has received a lot of criticism. There were enough reasons for negative comments:

In 2017, the system was reformed. The organizers introduced the practice of scoring Dota Pro Circuit points. Teams receive a certain number of points for participating in Majors and Minors. At the end of the season, the squads gain a place in the standings, Valve issues a direct invitation to the best to The International.

The final stage of the TI starts with a group competition. According to their results, the teams get into the upper or lower main-draw. Further, the struggle between the rosters takes place according to the Double Elimination system. A team is eliminated from the competition only after 2 defeats. The winners go to the next stage. The final phase of the competition takes place in a special arena in front of the audience.

That organization system was used in almost all International championships. The 2014 tournament was an exception.

By investing in the tournament, Valve killed 3 birds with one stone. The company succeeded in:

Since 2013, the system for forming the prize fund has changed. Community members were allowed to influence the amount of prize money. Some of the funds are collected from the sale of the “Battle Pass”. 25% of TI’s prize pool budget consists of money from the additional content sold. Since then, the tournament has been breaking records for the size of the prize money almost every year. This increases the prestige of the gaming platform. However, the matter is not limited to money alone.

What do the champions get? The International was first held at Gamescom in 2011. The competition attracted the attention of teams and spectators with a stunning prize pool. The organizers offered the esport athletes the US $1.6 million. Moreover, a million was paid for 1st place. The huge prize money drew attention to the game and the tournament itself. In those days, no one believed that such impressive sums could be earned on esports.

The International is a dynamic and ever-changing competition. The general message remains the same, but Valve periodically makes improvements:

GGBet
In case:
• you are not sure about the outcome
• event conditions have changed
• your team is clearly losing
• Cash out will help you to save part of the bet amount.
You can find out the amount of cash out for a specific bet in the sections "Betting slip - My bets" and "My bets - Bets History".
5.0/5
Read Review
Bet NOW
T&Cs Apply
New customers only

Cashout is an opportunity through which a site user can request an early calculation of his bet (before the full completion of a sporting event).

*Cashout is offered only for bet type - Single. For individual matches or outcomes, the opportunity may not be offered by the company.

The International’s main prize is called the Aegis of Champions. The silver and bronze goblet shaped like a shield was designed by the Weta studio. On the front side, the creators showed a drawing of the struggling Light and Darkness. Along the perimeter of the rear part, special handles were placed thanks to which the winners can easily raise the shield over their heads. Developers make small changes every year. The names of champions are engraved on the back of the shield. Members of the winning team will also receive commemorative rings.

Ordinary gamers can also get a reduced replica of the Aegis shield. These prizes are given out annually by Valve to players with a high Battle Pass level.

Where to bet on the international 2022

You can place bets on one of the bookmaker sites. Select a website that accepts bets on Dota 2, top-up your account, and start placing bets. To do this, select the desired tournament, event, and match outcome.

The International 11 has a prize pool of $1.6 million and will be boosted by Battle Pass sales. At the moment, the prize fund of the championship is $60 million. This amount was helped by Valve fans of Dota 2, who made in-game purchases in a special Battle Pass catalog. 25% of all microtransactions made through it went directly to the prize pool.

The situation around the qualification is developing in a standard direction for e-sports. The teams fought in 22 tournaments during the first season. According to the results of the competition, the squads receive:

During the DPC season, the developers hold 5 Majors. During the competition of this class, players will compete for a prize pool of one million US dollars and 1500 points. In this case, too, it was not without exception to the rules. The tournament organizers increased the total reward for the China Dota2 Supermajor to 1.5 million USD. The number of points played was also raised to 2250. The rest of the competitions are not out of the general paradigm.

Minors are more modest. The cash prize fund has reached the level of 300 thousand US dollars. During the tournament, 300 points are drawn between the teams. In competitions of this class, it was not without its lightning in a bottle. Galaxy Batties 2 differs from the rest in terms of the size of the cash and point prize pools. In this tournament, 400 thousand dollars and 400 points are awarded. However, this format did not last long. After a while, after the appearance of Galaxy Batties 2, they were stripped of their minor status.

Dota developers have created their unique system for distributing points and forming standings. It includes:

It looks confusing. Therefore, every moment requires detailed consideration. For the tournaments held, the organizers reward not the clubs, but the players. Let’s say a team scored 80 points for the competition. As a result, each member of the squad was awarded the same number of points.

The club can earn or lose points for non-playing actions. The organizers summarize the number of points scored by the team’s players. The transfer of an athlete from one squad to another may lead to a recalculation of the club’s position. Because of this, growth or subsidence of the composition in the overall standings is possible. And you need to take into account another important point. Only the indicators of the 3 top athletes are taken into account. They determine the position of the entire team.

Competitions gather athletes from South and North America, CIS, Europe, Southeast Asia, and China. One of the unique features of the tournament is the prize pool and awards for the winners. Group Stage will run October 7 – 10. And the Main Stage play kicking off on October 12. And finally, on October 17, the two finest Dota 2 teams in the world will face off to win the main prize.

That is a standard esports season. The higher the team in a particular tournament, the more points it earns. This increases the squad’s chances of being invited to TI. Later the situation changed. Now each season of the Dota Pro Circuit includes 10 tournaments. The event organizers divide these competitions into 2 classes. It is customary to allocate majors and minors. The monetary and point reward depends on the type of competition being held.

The winners of the tournament should be found among the leaders of the season and the most famous teams. Newcomers rarely manage to break through to the podium due to a lack of proper experience. Experienced players can deal with the excitement promptly and show their best game.

You can watch Dota 2 competitions free. All broadcasts will be available on bookmaker websites, official YouTube, and Twitch channels.

To place bets on Dota 2 tournaments, you need to register on one of the bookmaker’s websites. But the bookmaker must accept bets on the e-sport competitions, and in particular Dota 2.

1
In case:
• you are not sure about the outcome
• event conditions have changed
• your team is clearly losing
• Cash out will help you to save part of the bet amount.
You can find out the amount of cash out for a specific bet in the sections "Betting slip - My bets" and "My bets - Bets History".
5.0 rating
5.0
T&Cs Apply
New customers only

Cashout is an opportunity through which a site user can request an early calculation of his bet (before the full completion of a sporting event).

*Cashout is offered only for bet type - Single. For individual matches or outcomes, the opportunity may not be offered by the company.
Bet NOW Read Review