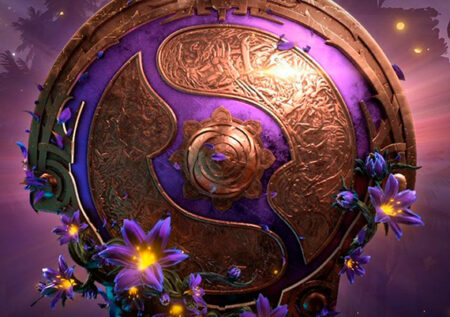 The International 10 is over and it’s time to get ready for the next DPC season and TI11. This year’s tournament was the most ambitious among all e-sports tournaments of our time thanks to the huge prize pool. Therefore, teams are now looking forward to the new season, which will consist of qualifiers and the main event in Summer-Fall 2022 – TI11.

The only drawback of this year’s tournament was the lack of spectators, which also made adjustments to the results of the matches. We hope that the next major will be held in front of full spectators.

There was no official announcement of the new DPC season in Dota 2 at the time of International, but the announcement was made by Alliance manager Maria “Inverno” Gunina. That information was only for teams and may change in the future, but even based on it, you can roughly understand what the schedule of the Dota Pro Circuit season will be in 2022, and when the majors and International Dota 2 will take place in 2022.

When is The International 2022?

The tentative date is August 2022. The date may change as it did in 2021. At the moment, the next location of the main tournament is not known, but the organizers promise to answer this question within a few months. Selection is usually made based on the winners of the previous tournament. Perhaps the competition will be held in one of the countries of Eastern Europe, given that most of the players of the winning team come from this particular region.

How to get to the International 2022?

For your team to compete in next year’s main event, you must pass the qualifying sieve. These are mainly regional DPC tournaments.

The basis of the updated DPC is regional leagues. Each of the six main regions will host two eight-team tournaments. In the top division, teams compete for tickets to major and DPC points, while teams from the second league can earn between $7,000 and $17,000 and get into the first division if they take first or second place.

After the pandemic, Valve decided to transfer one of the slots in North America to the CIS region. Now the distribution of slots looks like this:

The first stage of the Major is the wild-card stage, in which 3rd-4th places from Europe and China and 3rd places from the CIS and SEA take part. Everyone will play a best-of-2 match with everyone, after which the two best teams will advance. The rest leave the Major.

Next comes the group stage. Two wild-card teams plus runners-up from each of the six regions. Again, the best-of-2 matches, each against each, according to the results of the mini-tournament, two teams get into the upper bracket of the playoffs, and four more – into the lower one.

There are 12 teams taking part in the playoffs: six champions from their regions (starting from the top bracket) and six teams from the group stage. Importantly, only the top eight teams of the Major will receive prize money and DPC points, the other ten teams will go home empty-handed. However, all of this can be earned in the regional leagues.

The Format of International 2022

All TI 11 participants will be divided into two groups of nine teams. The format of the group stage is Round-robin (everyone meets everyone), the format of the matches is best-of-2.

The first four teams from each group will advance to the upper bracket of the playoffs. Teams ranked 5-8 will play in the Playoffs Lower Bracket. The teams that take the last positions will leave the tournament.

Within the first game day, 20 matches will take place.

Let’s highlight some types of bets for this e-sport game and its tournaments.

During major tournaments, bookmakers offer bets for the victory of each of the teams. Accordingly, you can bet on who will win this tournament.

Features of Betting on Dota 2

Like any other sport, you can bet on live Dota 2 matches. Let’s say you opened a line for a match before it starts. Until the game starts, the line is way much wider. Here you can see the Dota 2 TI betting “on the win”, “on totals”, “handicaps”, etc.

There are some cons – you do not see the selected heroes by Dota 2 teams, which means you do not know what strategies each team will play with. So, thanks to a more successful draft, the underdog can outplay the favorite. That is also the main disadvantage in betting on Dota 2 on the line.

As for live bets, there is a poor line on them. As a rule, out of all the variety, only the “bet on the winner” options remain. The advantage of live bets is that you can make a more confident and safe choice, as you follow the events taking place on the map. For example, if one of the teams loses at the beginning of the fight, and its strategy implies a successful start, then, most likely, it will lose.

Life is a Game